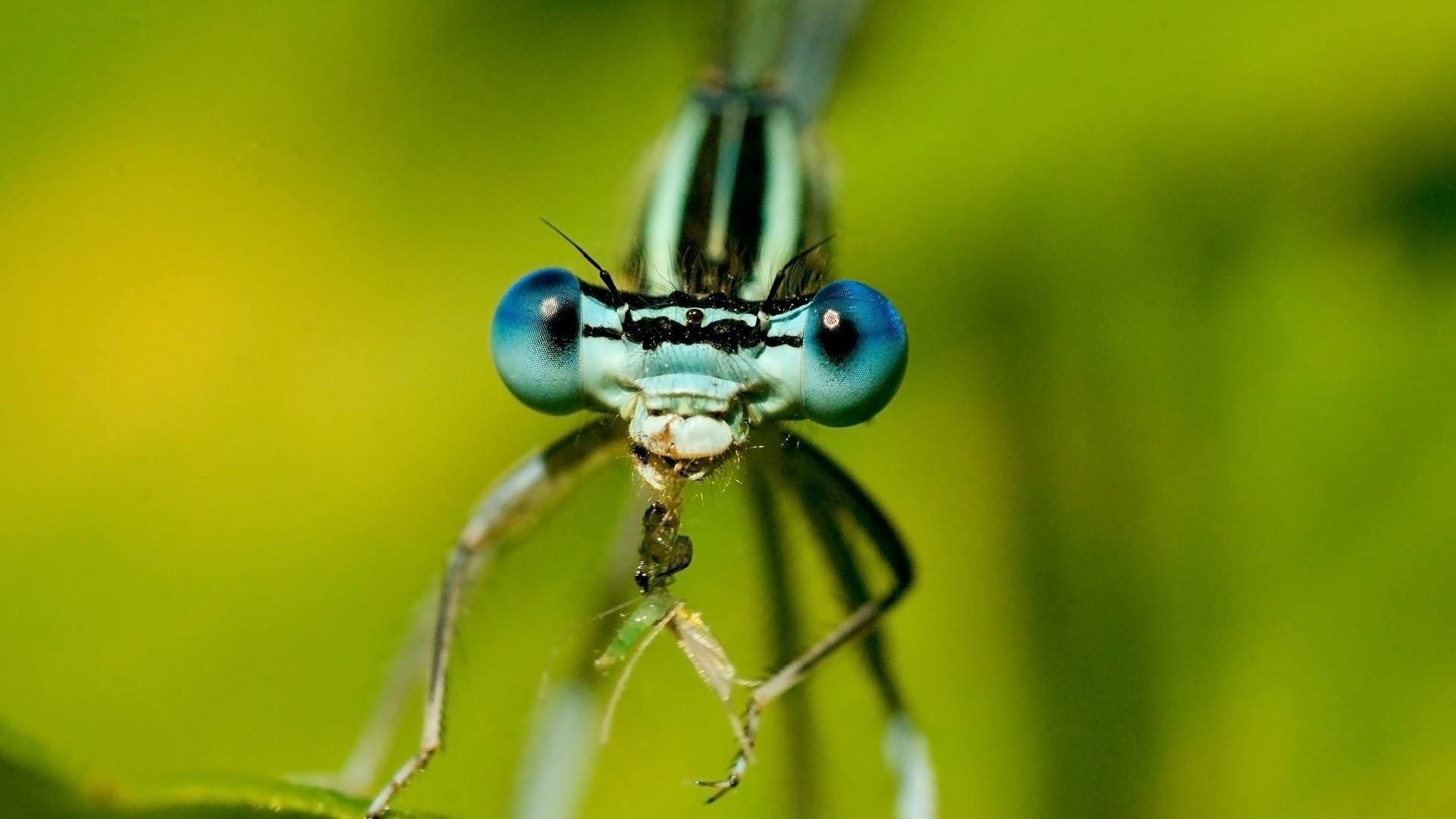 Sleep helps rejuvenate and restore our minds and body. It helps to re-wire our brain and make it sharp. We know for sure that animals, birds, and reptiles experience similar sleep patterns to humans. But what about insects? Do insects sleep? It’s not easy to answer that. Most of us haven’t even seen a bug sleep ever in our lives. In this post, we will try to get to the bottom of the truth.

The answer to the most common question ‘do insects sleep’ is yes! Just like any other living beings, insects sleep or take rest at times and wake up only by strong stimuli like an attack by a predator or heat of the day. This state of rest is called tarpor. It is considered to be the closest behavior to true sleep.

What do we know about insect ‘sleep’?

There are various studies surrounding insect sleep. According to scientists, they have found some kind of circadian rhythm in bugs that determine the state of alertness and stasis. 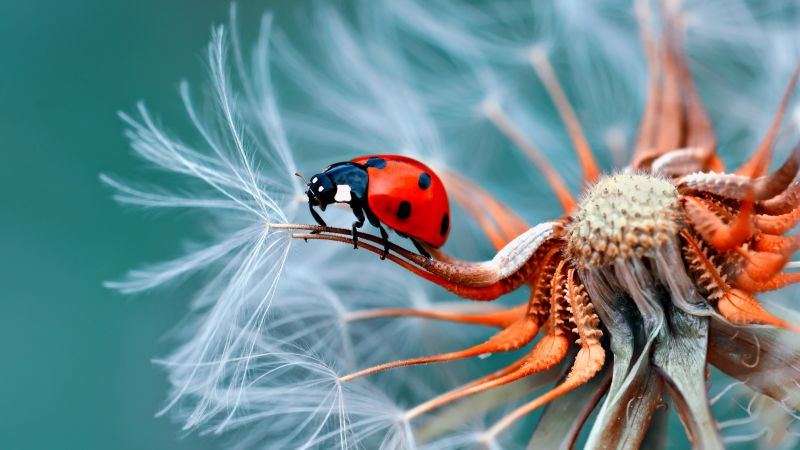 Based on the studies, it is found that insects or bugs don’t have a homeostatic sleep pattern like humans. Also, they don’t experience any REM sleep either.

To answer ‘do insects sleep’, we can say that they experience sleep-like states, which is quite different from what we humans or animals experience. This means bugs take rest for short periods and wake up when affected by strong stimuli. This short period of rest is important for the cognitive function of the insects.

To help you understand the sleep pattern of insects, we are going to discuss an experiment conducted on fruit flies by researchers from UW-Madison.

Many other studies prove insects need to rest for short periods. It is important to support their cognitive functions. Honey bees when deprived of rest for long hours, they find it difficult to perform their main characteristics.

Thus, it can be concluded that even if insects don’t experience a similar sleep pattern to humans, they do need rest to function properly. If they are unable to rest for the required time, it can be life-threatening for them.

You may also like; how do blind people dream?

The sleep-like state experienced by insects is termed tarpor by scientists. It is considered to be the closest thing to sleep that is experienced by bugs.

During the tarpor period, a bug stays unresponsive to external stimuli. They exhibit reduced physiological activity such as lower metabolic rate and decreased body temperature.

Tarpor is extremely important for insects as it helps them to maintain their cognitive function. Not just that, but it also plays a significant role in helping insects adapt to certain surroundings or environments. For example, bugs living in cold climates go into tarpor, so that they can survive the lowest temperatures at night. It is similar to hibernation that is experienced by few mammals. Tarpor helps insects to conserve their resources during extreme climatic conditions.

In short, insects do sleep, but their sleeping cycle or pattern is very much different from humans. Studying the sleep cycle of bugs can give us important clues about the evolution of sleep and the role it plays for living beings.

Where do insects sleep?

Now that we know insects sleep, it’s time to learn about their resting places. When it comes to sleeping or taking rest, anyone would prefer a quiet and dark place where there is very little disturbance. Similarly, even bugs look for someplace comfortable where they can rest without getting disturbed or attacked by predators.

Insect resting places can be strange. For example, some insects sleep under folded leaves, on branches, and in other similar spots.

Speaking of insects resting place, migrating butterflies gather in groups in the evening and hang from branches. This is how they take rest after flying miles of distance. Once they energize themselves, they will set out on their journey the next morning. They prefer to rest in large groups because it provides them protection against predators.

Even bees rest on trees and plants, but their sleeping style is quite odd. Some of them will clamp their jaws onto a tree and fold their legs up. They will hang in this uncomfortable position as long as they are in the tarpor state.

Next time you see a bug sticking to a spot for hours, you know it’s in the tarpor state. Instead of disturbing it, you should let it get its beauty sleep.

When do insects sleep?

Like humans, all insects don’t sleep at night. Their awake and sleep time changes based on their eating time. For example, bed bugs sleep during the day and spend the night eating. If you know, bed bugs prey on humans and animals when they are asleep. During the day, they energize themselves, so that they can function properly at the night.

But honey bees spend the entire day traveling and collecting sap from flowers. This is why they sleep at night just like humans. However, when they get too tired in the day, they do take power naps to restore their energy.

Scientists in lab studies have found, when bugs are deprived of sleep, they have to make up for the lost sleeping hours. They do so by resting extra time in the morning when they are supposed to be awake.

As already mentioned above, resting is important for insects to maintain their cognitive function. They can face serious issues and even die when they don’t get enough rest.

Many of you may wonder, why we care about the sleeping habits of bugs. By studying more about their sleep cycle and habits, we can understand the wildlife around us better. It gives us a good idea about how insects, animals, and even humans function.

Sleep plays a crucial role for every living being. No matter, how big or small the being is, everyone needs to rest from time to time. Sleep has the power to rejuvenate our bodies and mind. But small beings like insects, have a different sleep pattern than humans. They enter the tarpor state while resting. During this state, they stay relatively unresponsive and are aroused only with external stimuli such as heat, daylight, predator attacks, etc.

If you are interested to learn more about the sleep cycle of bugs, you should pay close attention to the ones around you. If you notice any bug lying inactive for hours, you know it’s sleeping. After reading this post, hopefully, you understand how insects sleep or what tarpor is, and how it is important for them.

2 thoughts on “Do Insects Sleep And What Do We Know About Their Sleep Cycle?”

My name is Nightfly, and I am trying to spread awareness for lucid dreaming. I learned lucid dreaming from the best people out there, and now It is my turn to share that information with my readers.